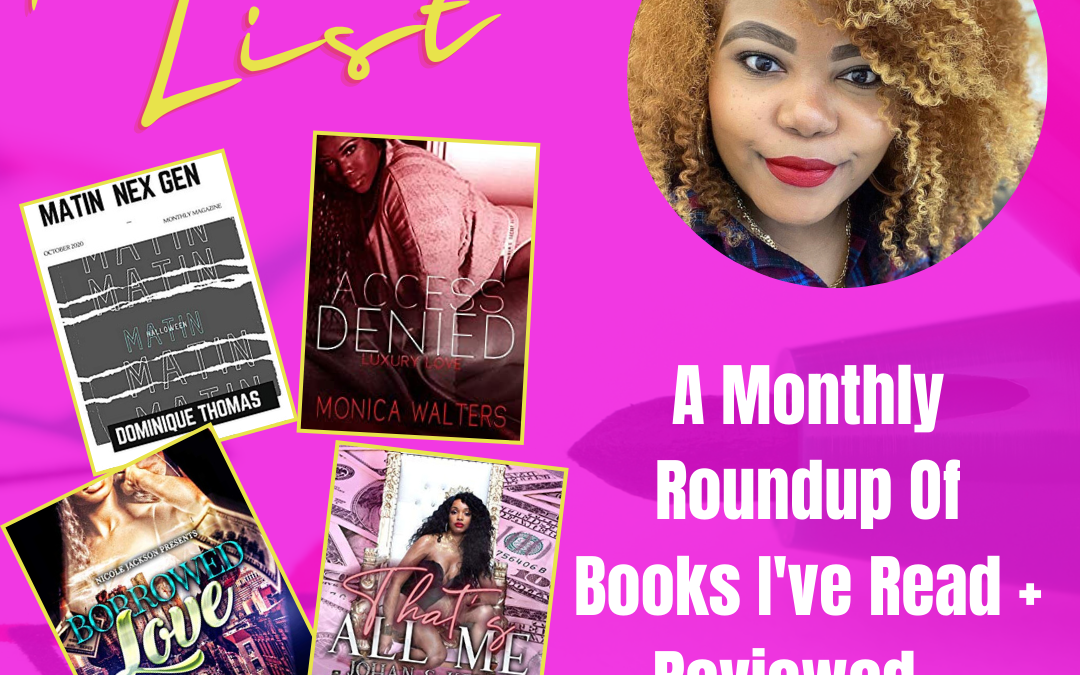 Sistah Girls, I’m back at it with a list of my April Reads that stood out amongst the mundane.

Honestly, I had a hard time connecting with book characters in April. I often found myself starting a book then putting it to the side only to start another book and follow the same pattern. Here are a few standouts from April… 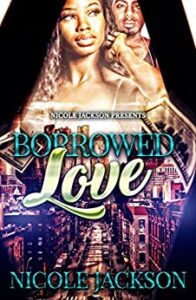 4 STARS for Borrowed Love by Nicole Jackson
In Borrowed Love readers are introduced to Yaz, a young girl working at Taco Bell trying to help her mother make ends meet. Yaz suddenly finds herself being separated from her younger siblings. They are all sent to be with other family members. Yaz is off to live with her aunt, an aunt that has a stable home environment in a rather good neighborhood. While out attending a party with her cousins Yaz gets up close and personal with her crush. The crazy part is he has no idea that they’ve kind of sort of met before and that’s just the beginning.

My Thoughts
Ummm, I was NOT expecting that. No really, LOL! I totally enjoyed this juicy quick read. Nicole Jackson just has a way of pulling you right into the world she creates. Nothing over the top but enough to keep you in a state of wanting. I was rooting for Yaz the whole time. She’s got some obstacles to take down but I’m sure she’ll come out on top. Can’t wait for the next book! 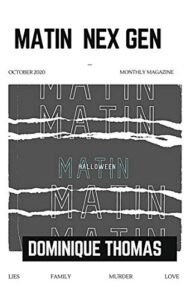 4 STARS for Matin Halloween (Matin Next Gen) by Dominique Thomas
Listen, I know what you’re thinking…You’re thinking, Lex it’s not Halloween. And I get that, but I had to read this in order to be on track with the next release. First and foremost, if you’re not familiar with the infamous Matin men from Thomas’s earlier series I would highly suggest you become acquainted. Matin Halloween was initially released by Thomas exclusively during the holidays late last year in a book box for her readers. She recently re-released it, only this time she made it available on Kindle for readers to get caught up. And thank goodness for that because soooo much happens in a short time frame.

My Thoughts
Everything in this quick read is a setup for Thomas’s upcoming series. Matin Halloween kicks off the storylines for each Next Gen Matin. Thomas wastes no time.

This book is jumping from start to finish. Thomas goes full throttle with the next generation as she cleverly weaves in a psycho stalker, murder, mayhem, quite a few love triangles, an interesting dose of catfishing along with plenty more mysterious plot lines. All too soon readers are left questioning everything only to discover you’re on the last page of the freaking book! 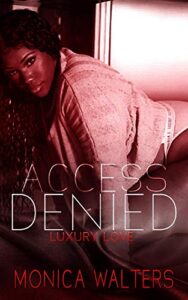 3 STARS for Access Denied by Monica Walters
Access Denied brings readers into the world of Sharee Taylor, a video model. The thing is, Sharee is not your average video vixen. No, she’s a college graduate and athlete, as a child, she once had dreams of being in the WNBA. It’s while on the set for a new up-and-coming rap artist named Exodus whose video she plays the love interest in that she unexpectedly finds life trying to imitate art. The thing is, Exodus has some extra baggage with him, his dealings in the streets as a hustler being his main piece of baggage.

My Thoughts
This was my first time reading Walters and I’m sure it won’t be my last. I could quickly tell that this is a Uni-book-verse. Unibookverse. Yes, I kind of just made that up. But here is what I meant by that while reading I could tell that there were other stories/books prior to this one as some characters seem to be reoccurring and all familiar with one another.

Also, there was history there with characters that I just wasn’t fully privy to. I was able to deduce that I most likely would have enjoyed this book more if I knew the full history with all entanglements included.

4 STARS for That’s All Me Johan and Keiko by Cion Lee
When Keiko realizes that stripping is not for her she quickly makes her exit. Soon after she accepts a job offer from a fellow classmate, Ja’Keem Martell, after all, the Martell’s are known for getting money and are well connected. Everything about her new job is risky but Keiko agrees to it.

When Johan Martell comes to town on the hunt for someone, he needs Keiko’s help. A plan is set to use Keiko as the perfect piece of cheese to dangle in front of a rat. An attraction builds between Johan and Keiko, only he can’t look past her line of work to see the woman she really is.

My Thoughts
I enjoyed that friction of tug and pull with these two. I completely understood why Johan was reluctant at first to go there with Keiko. All in all, she took it in stride, and instead of giving up, she stuck it out. Cion Lee does not do weak females. Her leads will take a licking and keep on ticking, her females have a fight in them and I appreciate that about her stories. I can’t wait to see what she drops next!