Book Review: In This Moment by K. Lashaun [Spoiler Free] 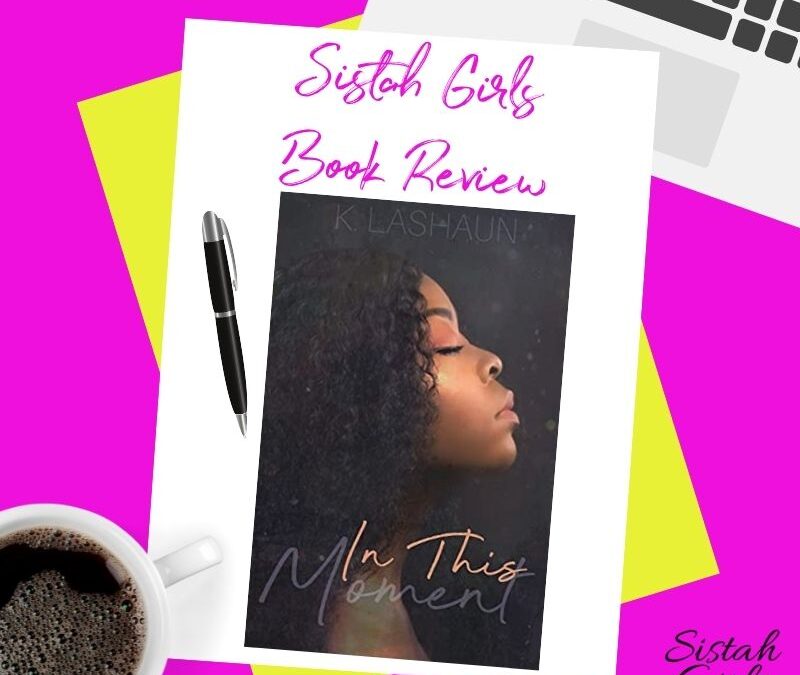 Sistah Girls, I don’t know about you all, but as for me and my house, the holidays always leave ya girl feeling a little lovey-dovey. It never fails that during the months from November to January all the thug in me goes AWOL, and I am a willing victim to Aphrodite’s sorcery.

For my non-Greek mythology buffs out there, Aphrodite is the Greek goddess of love. You can thank her for the next time you’re feeling butterflies from that boo thang of yours.

Amid my annual oxytocin surfing, I always manage to re-watch my favorite Black romance films such as Love Jones, Brown Sugar, The Wood, The Photograph, and Beyond The Lights.

My Apple Music “Feels” playlist stays on constant rotation as I agree with Jazmine Sullivan’s claims to “need him bad as my heartbeat”, and I call out the days of the week in sync with Mary J. Blige; starting with us being friends on a Monday and ending with us making love on a Sunday.

It’s safe to say that the enigmatic emotion of love tends to have ya girl in a WWE chokehold.

While on my holiday break, as I picked up the lengthy novel In This Moment by K. Lashaun, I had no idea that I was in for more feels than my thuggish ruggish heart could handle.

TELL ME ABOUT IT…

The female protagonist of this novel is an art gallery curator named Garryn Taylor. Garryn is fiery, determined, and has an emotional defense so tight it makes President Obama’s security team look like The Wiggles.

She goes hard for the people she loves, and like most Black women, she bears the burden of being the superhero for everyone except herself. Past hurts have caused our good sis to close herself up from love, leaving all her focus on her career at State of The Art.

Then there’s our male lead…ex-gang member turned self-made millionaire CEO and music mogul, Verse Presley. Verse is a man who made it out of the hood but never forgot where he came from. The true definition of a boss, Verse’s measure of success in life is based on the successes of those on his team.

Garryn is given the task of securing a collection of rare masks from Verse for one of her most profitable-yet nerve wrecking-clients. There’s only one problem–Verse is not interested in selling the masks. But that doesn’t mean he’s not interested in the woman trying to take them off his hands.

That’s the wager that Verse offers Garryn after her many (failed, yet amusing) attempts of getting him to consider releasing the masks to her. All Garryn has to do is agree to 42 days of getting to know Verse and vice versa. Let the games begin!

PICKING UP MY FEELINGS…

The story, well over 200 pages, was written exquisitely and paced equally as great. There was never a lull in the storyline, as each page held a token of advice from one character to another or a bit of foreshadowing needed for later on in the book.

And the romance…chile, allow me to use a song title from the book’s playlist and say it was “Everything!” From the first unorthodox encounter between Garryn and Verse readers can pick up on the chemistry. Then once Verse shoots his shot with his six-week proposal, things between the pair only get hotter with every turn of the page.

Somebody tell Jazmine Sullivan I did not understand the assignment, because In This Moment had me leaving my feelings all over the place!

Lashaun, if you’re reading this my good sis, congratulations on making a thug shed a tear…because it was like that! From watching Garryn let go of past hurts and letting down her walls to the moment Verse first realized he wanted forever after with Garryn; you had me HOOKT!

When I tell you I struggled to put this book down, I am not lying. The characters were raw, authentic, and familiar. When Garryn was angry, stressed, or even uncertain, I too was angry, stressed, and uncertain. Whenever Verse expressed himself, made a joke, or tried his best to calm his temper (what a temper it was), I was right there clutching my paperback enduring those emotions too.

Sistah Girls, do yourselves a favor and check out In This Moment. This isn’t just a book you’ll read, put away and never look at again. Nah, this book is a five-star read you will want to enjoy again and again, just to feel that tingle in your tummy from how the characters fall in love. Just like Verse did with Garryn, I’m willing to bet on it.