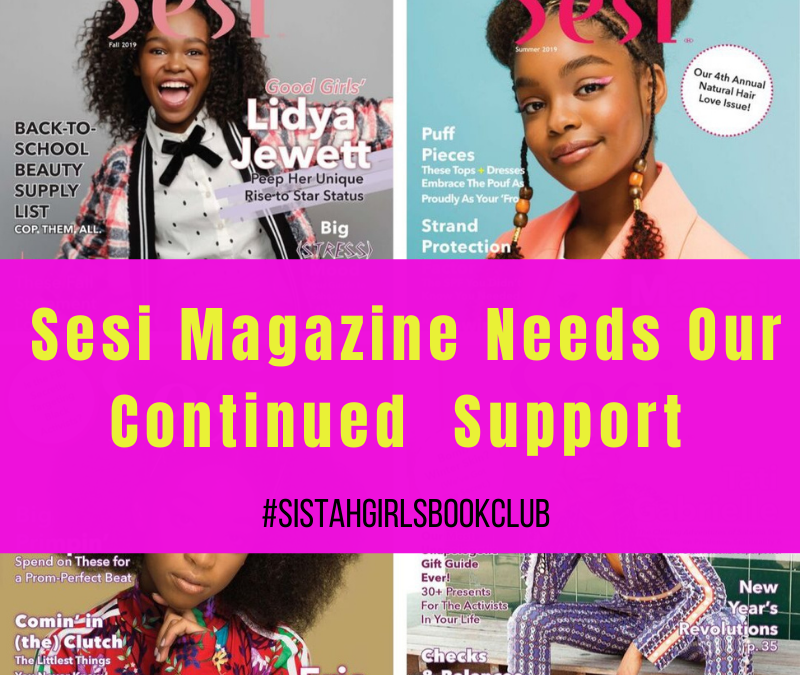 Sesi Magazine Is The Only Magazine For Black Girls

I was sitting in my home last weekend talking to my nieces who are 11 and 16, the topics ranged from the music they listened to and who/what they enjoyed watching on YouTube and TikTok.

I noticed their YouTube and TikTok faves all lacked melanin and they didn’t seem to notice. When I asked, they simply said, “it’s harder to find Black girl influencers who are our age because they are not on the homepage.”

And then I thought back to my late grandmother, when I turned 13 she signed me up to receive monthly subscriptions from Ebony, Essence, and JET magazine. When I asked her why, she simply said, “Because you need to see people who look like you.” Of course, the message went over my head but every month I was waiting by the door for my magazines.

I grew up on Brandy, Monica, Aaliyah, and no internet until junior high school, so magazines were the only way to keep up with my faves. But there was no singular magazine dedicated to Black girls. All that would change with the launch of Sesi Magazine.

Sesi is an independently run magazine that’s edited and published on a quarterly basis by Andréa Butler.

“Sesi” means “sister” in Sotho, a Bantu language mainly spoken in Southern Africa. The only teen magazine for Black girls on the newsstands, Sesi reps to the fullest — filling that void in mainstream magazine media, in which Black girls and their voices are virtually invisible.” 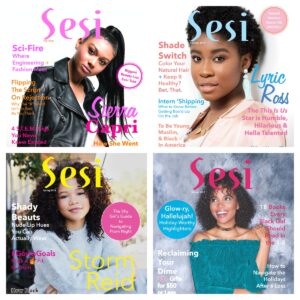 A whole magazine that comes in digital and print, with Black girls on the cover–a literal dream come true. The magazine covers hair, current events, entertainment news, and so much more. Girls can even send in their short stories and poems to the magazine–if selected they will publish it.

Sesi recently raised 8,000 to stay afloat, in a statement released on BLK Creatives, Butler said, “Despite the countless hours and days over the past nine years I’ve spent reaching out to brands; applying for loans, grants, etc.; and yes, even sending magazines, emails, and tweets to celebs, these attempts have either been ignored or declined.”

She went on, “And even with the new pledges being made by major brands, things have not changed yet for us. It would be very easy to give up, and at times I’ve felt that’s my only option, but then a 13-year-old reader sends me a pitch deck for a virtual teen summit, or a 16-year-old sends a photo of her and her sister posing with their copies of Sesi, or another reader shares how much the magazine has impacted her life, and I know I can’t let them down. Not without a fight, no matter how many battles it takes.”

We all know that these are difficult times but it’s really hard for me to wrap my mind around the idea that brands don’t see how important Sesi is. When you open any popular social media app Black girls are running it.

We need Sesi to not only survive but thrive. Black girls everywhere have a magazine where they can see themselves in their full glory and we have to ensure that this magazine keeps on running. It’s time for us to pull up!

How can you support?

Along with donating, please understand that the road is long when it comes to raising capital. By spreading the word more people will learn about them, subscribe, and donate.

Be sure to follow Sesi mag on the internets