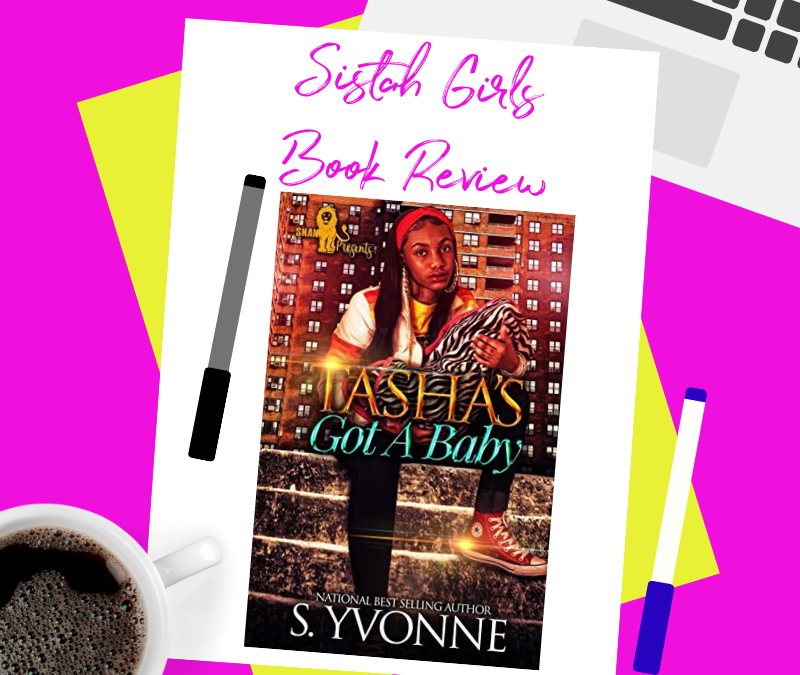 4 STAR Spoiler Free Review of Tasha’s Got A Baby by S. Yvonne

SHEEEESH… Not my typical read. Listen, this book took me by COMPLETE SURPRISE. And honestly, I’m torn on whether or not this is a good thing or a bad thing. My emotions are scattered. As soon as I feel one way it’s replaced by another feeling and then the feelings just repeat all over again.

Quick side note: Please don’t judge a book by its cover. Trust me I’m not feeling it either.

‘What was understood didn’t need to be explained.’

This story is R A W, downright tragic really, as I sit here and think on how things played out. However, it was also extremely poignant, because I felt it’s pain and bitterness deep within. Dare I say… I even got a little misty-eyed, not once not twice but FOUR TIMES.

When the book starts readers are thrown right into a “what the hell is going on here” situation that is ultimately cringe-worthy. As readers are introduced to the main character Tasha, we quickly found out that she is in survival mode.

And for Tasha, at just 16 years old, survival mode is doing things that she hates just to get by. We also meet Pepper, her best friend and the only one who knows Tasha’s secret, not even QUA, Tasha’s boyfriend knows but he suspects something is up.

The story takes place in the streets of Miami, Florida. Life comes at Tasha faster then it should for anyone at her age. At 16 she has to help with rent while living in a 3 bedroom with 9 other family members. This includes her mother…her DRUG addicted mother. But Tasha is a hustler, with not so many options she falls in the trap. Meaning she steals and pushes drugs amongst other things to get money.

When Tasha discovers she is pregnant she is SHOCKED. With no one to turn to except QUA and Pepper, Tasha accepts this fate and moves forward though she really lacks a good family support system. Almost immediately after the shock of her pregnancy things take a turn for Tasha in a direction the readers won’t see coming.

Then her only support system, both her best friend and boyfriend face some life challenges as well. Everything reaches a painful climatic twist that I was completely stunned by. Annnnnd honestly, it’s not that I didn’t see it coming, it was more so that it just hurt my heart to read it as it happened.

Overall the writing was fair, the book had a few editing issues. However, the story flowed well. The author did not waste time with overly describing things or even people. She focuses on the journey of the main character (Tasha) and allowed certain scenes to air out a secondary character’s situation but it as mainly done in relationship to Tasha.

I thought this style of writing was good and worked well with the story/plot lines. Anything extra simply came when Tasha would observe something about another character though it may not affect her directly

Series: No.
Recommendation: YES! Definitely worth a read! Go 1click!
Plot/Storyline: Not necessarily the most unique but definitely told with its own spin to it.
Writing: Good. The author told the story that needed to be told without any filler scenes from other characters.
Steam factor: Uhh more so Low to Medium. On a scale of 1-10, I say 5. The romance was a big part of this but sex itself did not dominate the scenes.